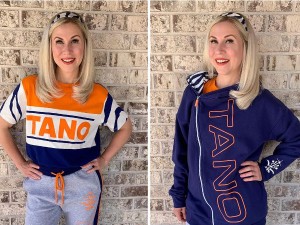 May the Fourth is just around the corner and Her Universe has kicked off this year’s celebrations a few days early by unveiling their latest fashion collection centred around Ahsoka Tano! Ashley Eckstein, founder of Her Universe and the voice of Ahsoka Tano in the Star Wars animated series, showcased the colourful new #TeamTano uniform over on her Instagram account and announced that a ... [Continue Reading] 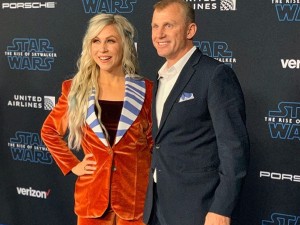 Fans were thrilled to see Ahsoka Tano’s voice actor Ashley Eckstein attending the world premiere of The Rise of Skywalker last month but what really caught their attention was the stylish Ahsoka-inspired outfit the Her Universe founder wore to the star-studded event. The vibrant red-orange velvet suit was adorned with a blue and white striped lapel – clearly modelled after ... [Continue Reading] 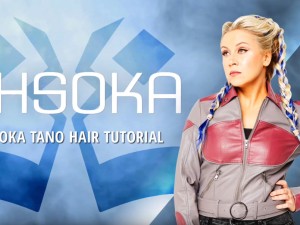 Looking for a way to cosplay as your favourite Togruta without the hassle of crafting lekku and montrals? Then check out Her Universe’s Ahsoka Tano hair tutorial for an eye-catching alternative! This colourful hairstyle was first modelled by Ashley Eckstein during the 2016 Her Universe Fashion Show and was seen again when she showcased the fashion brand’s Ahsoka Tano faux leather ... [Continue Reading] 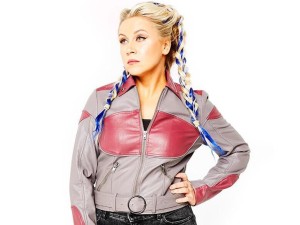 2017 was a sensational year for Her Universe and 2018 is set to be another exciting twelve months for this much-loved fashion brand. Her Universe kicked off the new year by releasing their long-awaited Ahsoka Tano imitation leather jacket, which is now available at their online store. This slate and plum jacket was first unveiled to the public back in early December and was heavily inspired by ... [Continue Reading] 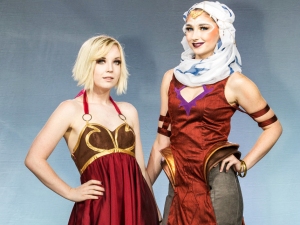 One of the standout designs at this year’s Her Universe Fashion Show was “Tano Couture”, the Ahsoka Tano-inspired dress designed and brought to life by talented cosplayer and costumer Rachel Roth. I caught up with Rachel recently to learn more about her eye-catching Tano Couture outfit, her background in fashion design, and her experience as a contestant in the 2017 Her ... [Continue Reading] 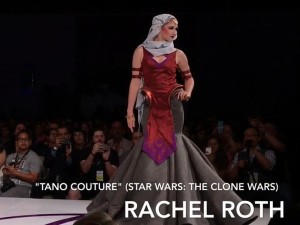 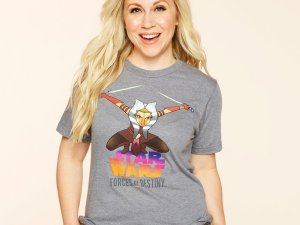 If you’re attending the D23 Expo in Anaheim this weekend, keep your eyes open for Her Universe’s brand-new Star Wars: Forces of Destiny Ahsoka Tano T-shirt! Eagle-eyed fans will have spotted Ashley Eckstein wearing this on a recent episode of The Star Wars Show, but the T-shirt will finally be making its public debut at the highly-anticipated convention later this week. According to ... [Continue Reading]

It seems like only yesterday that Ashley Eckstein announced that Her Universe would be joining the Hot Topic family of brands and that the web store would be temporarily closed for business, over the busy holiday season, no less. But after months of hard work behind the scenes, Her Universe is finally back online and open for business; you can read Ashley’s letter here. And, boy, does the ... [Continue Reading] 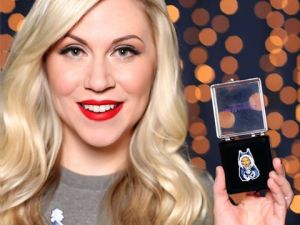 On November 23rd, 2016, Ahsoka Tano voice actress and Her Universe founder Ashley Eckstein revealed this year’s Her Universe collectible Star Wars holiday pin, which features an all-new design by Dave Filoni. The pin depicts a younger Ahsoka Tano wearing a blue hooded winter coat (similar to the one seen on The Clone Wars) and will be given out as a free gift with every Her Universe ... [Continue Reading] 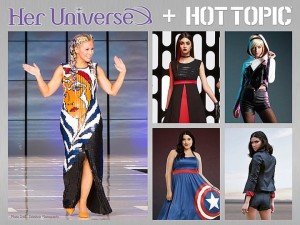 On Friday October 28, 2016, Ashley Eckstein announced that Her Universe would be joining the Hot Topic family of brands and would soon be in a position to offer an even wider selection of pop culture goodies to fangirls (and fanboys) across North America and beyond. In her letter to the Her Universe community, she reassured the HU fanbase that she will continue to oversee the daily operations of ... [Continue Reading] 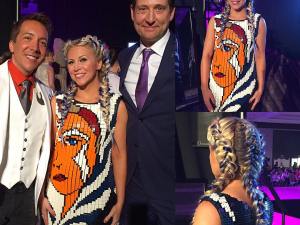 The 3rd Annual Her Universe Fashion Show was held at the Manchester Grand Hyatt Hotel in San Diego on Thursday July 21st, 2016, as part of this year’s San Diego Comic Con festivities. A total of 27 designers were selected to take part in this annual “geek couture” fashion show, which celebrates pop culture, fandom, and fangirls (and boys) of all shapes and sizes. The prize? The ... [Continue Reading] 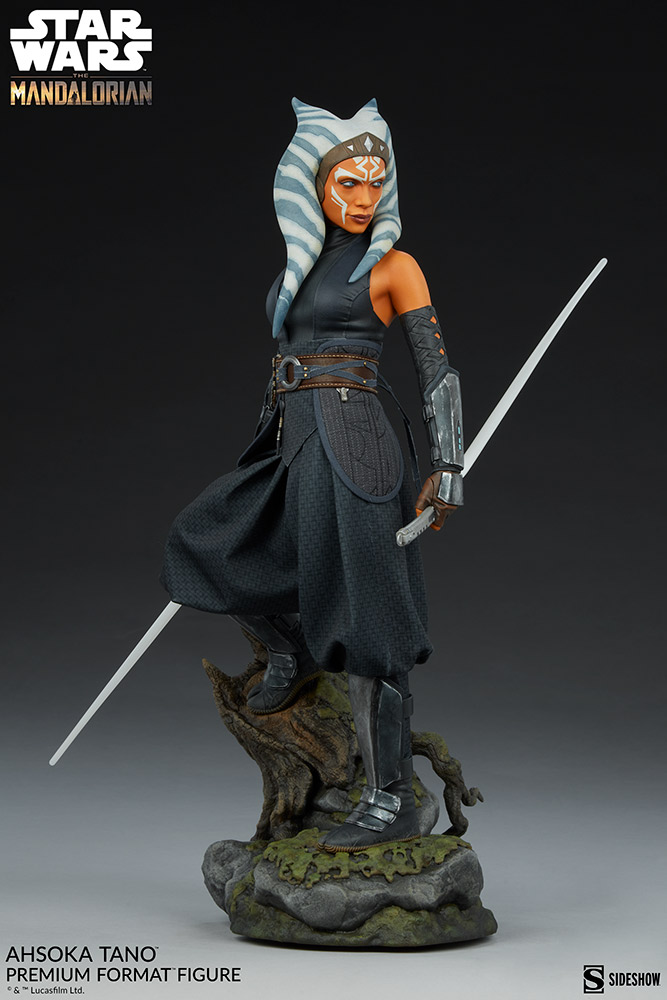 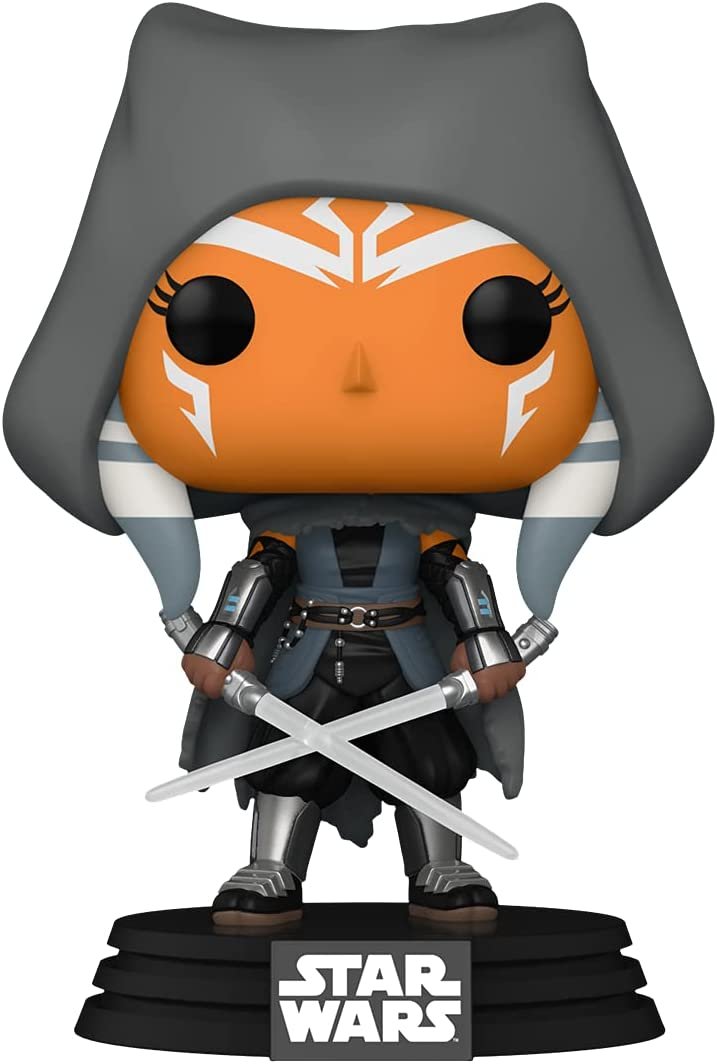 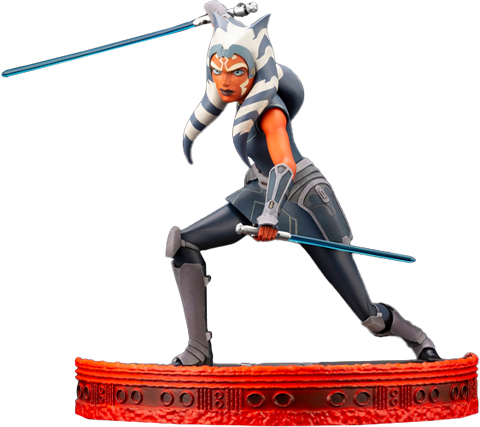