Clone Wars Ahsoka has been in the game since August 2017 but not as a playable character in her own right; gamers could only use her unique abilities in combination with Anakin Skywalker. The older and wiser Ahsoka Tano (Fulcrum), on the other hand, is a fully playable character and can be unlocked once gamers reach Tier 9 (Chromium) in the Light Side.

According to the official game forums, her abilities are:

“Ahsoka Tano uses two powerful lightsabers to quickly attack enemies. When her skill is used, she can instantly close in on an enemy and attack. Her special ability increased her Movement Speed when targeting enemy Turrets or leaders, which is useful for chasing down fleeing opponents. When double tapped, Ahsoka jumps into the air and briefly evades enemy attacks, allowing her to get out of dangerous situations easily.” 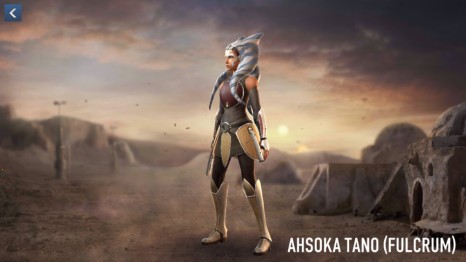 What’s more, she’s joined by her old friend, the former Clone Captain Rex, who can also be unlocked at Tier 9.

Rex can attack enemies from a distance using his signature dual DC-17 blaster pistols and he can use special stun grenades to disable tech units, leaders, or structures for a short period of time. Since Rex is a “unique” card, gamers will need to unlock Ahsoka Tano (Fulcrum) before they can send Rex out onto the battlefield. 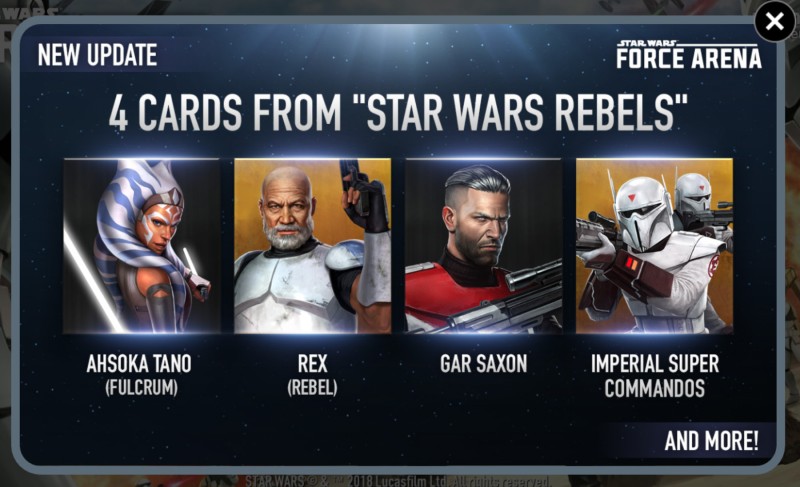 Full details about Ahsoka Tano (Fulcrum), Rex, and the other new characters (Gar Saxon and the Imperial Super Commandos) can be found in the official Force Arena forums. And if you would like to play Star Wars: Force Arena for yourself, you can download the mobile app for free over on iTunes and Google Play.

A special thanks goes to HolkorSelrith for bringing this announcement to my attention.