Update (August 2018): Ahsoka Tano (Fulcrum) has been added to the game as a fully playable character.

The 2.0 update is the game’s largest update since its initial release and offers a range of prequel-era locations and characters as well as a brand-new user interface, improved tutorials, and significant changes to the game’s rewards system. 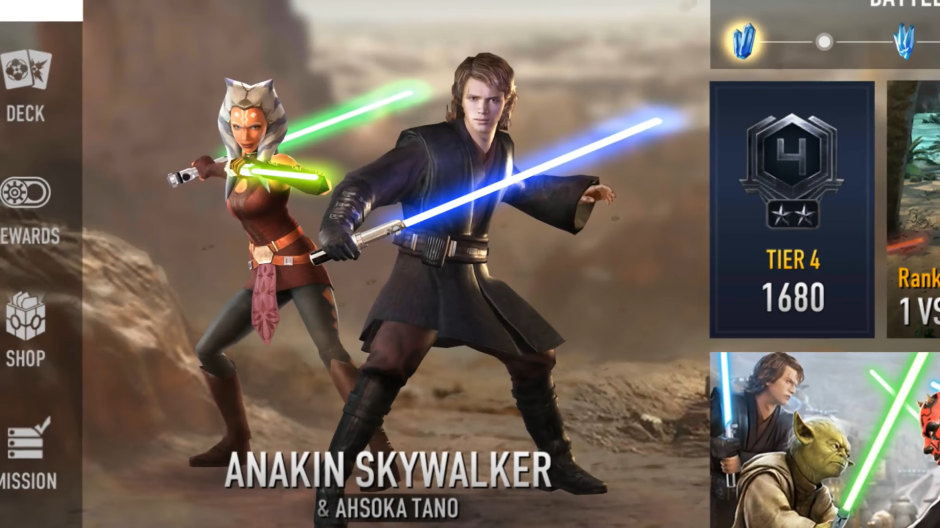 Anakin and Ahsoka as seen in ‘Star Wars: Force Arena’

Sadly, Ahsoka isn’t a playable character in her own right but is simply Anakin Skywalker’s “Unique”, which means you’ll only be able to use her if you’ve already unlocked her master.

This may disappoint some fans but I’m just happy to finally see her in the game, full stop. Her character art and animations are incredible and seeing her alongside an Anakin that looks just like Hayden Christensen is an added bonus. 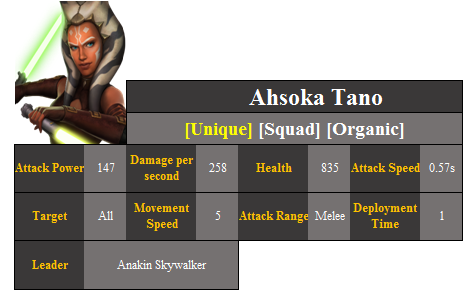 Ahsoka followed the teachings of Yoda at the Jedi Temple in Coruscant where she spent most of her youth. Since then, she has been Anakin Skywalker’s Padawan, experiencing many battles and showing her excellence in lightsaber combat. Take control of the battlefield with Ahsoka’s quick dual lightsaber combat style!

Full details on the 2.0 update can be found here while a detailed list of the new characters and their abilities can be found over here.

Want to play Star Wars: Force Arena on your mobile device? You can download the app for free on iTunes and Google Play.

@ashleyeckstein's "I Am a Padawan" is packed with useful life lessons and adorable art by @shanescribbles. A must-have for any #AhsokaTano fan, young or old. 😀📚
Three new articles have been published on the All Things Ahsoka site this month. You can read them by clicking on the link in my bio. 😉 #StarWars #Ahsoka #AhsokaTano
Received my copy of @ashleyeckstein's "I Am a Padawan" today. Lots of adorable art and a delightful book for younglings of all ages. I'll be posting a short review on the site (link in bio) in the very near future. 😀 #StarWars #Ahsoka #AhsokaTano #TheCloneWars
A new updated #TheCloneWars character encyclopedia is coming this April. Learn more about it and see some preview pages over on our site! (LINK IN BIO)
After a months-long hiatus, All Things Ahsoka (formerly Team Ahsoka) is back in action. Visit the site to read my latest articles! Link in bio.
I can't get enough of this bad-ass duo. 😎 I'll be posting a short review of the TCW S7 Ahsoka Funko Pop on the All Things Ahsoka site very soon (link in bio).